This is what history taught us about blazer

They are stylish, sharp, and, quite frankly essential! Despite the fact of being literally a suit jacket, they’re also very practical. But where did the blazers come from? Where did they start? And how did they evolve to become a fashion staple? […]

A Part Of The Art

Where do blazers come from? It’s true that nearly everybody now owns at least one.

But only a few know that the blazer has its roots in the sport of…rowing!

The original blazer used to be a “warming up” jacket (the hoodies of their time) worn at Oxford and Cambridge by the oarsmen, also known as the rowers. These sportsmen began to use the “hoodies” at social gatherings too, where they were rebelliously casual status symbols. 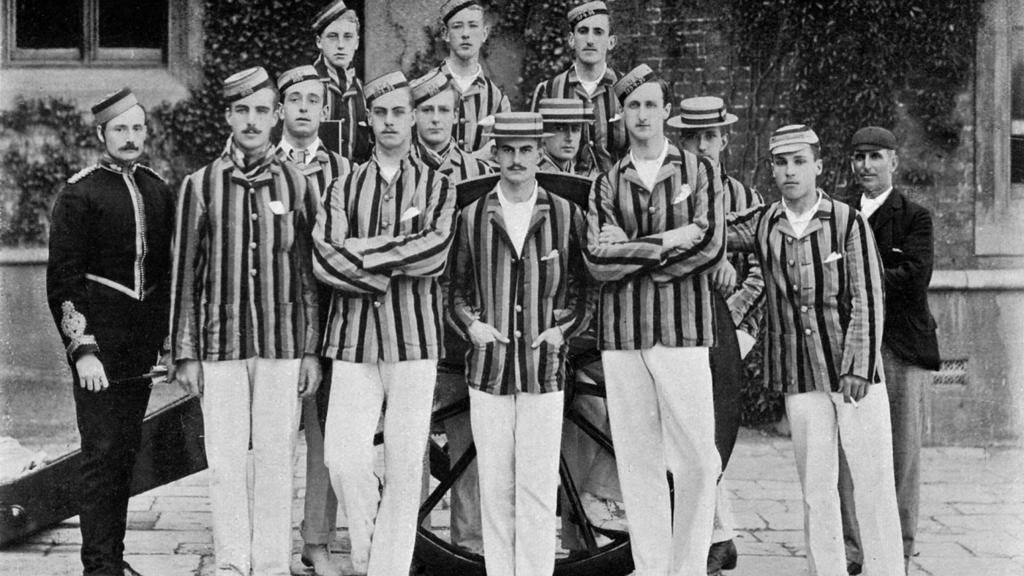 But this is just one of a few stories. Keep reading to discover the origins of this iconic piece.

The first blazer to ever pop up in a fashion magazine was in June of 1893 when a blazed made its first appearance in Vogue. And around the turn of the century, the wardrobes of the new woman adopted a new staple: the blazers. It became popular, for the ladies, to wear a blazer accompanied with a shirtwaist and a tailored skirt. Then, as sporting activities became accepted for women, leisurewear became more casual, and the blazer was abandoned for sweaters and cardigans

1950s’: from British students to an edgy spin

When the students from Great Britain altered their school blazers in, in the 1950s, to make them look stylish, the blazers had their first major revival. Since then the blazers have been a part of various fashion movements, styled in a variety of ways. It was widely adopted in the ’60s as well as the ’70s by the British Mob movement. The women of the time preferred adding an edgy spin on the traditional blazers, and so they were pairing them with drainpipe jeans.

The blazers of course caught the eye of a famous designer. In 1975, Giorgio Armani, presented to the world his first collection of unstructured men’s blazers, bringing the blazers back to life. Un-ironed and unlined, the blazer was less formal than a suit jacket but still smart and professional. They could be worn like a jacket or a sweater, casual but at the same time very sophisticated.

In 1980, the “King of the Blazer” was anointed as Richard Gere wore Armani in a drama film American Gigolo. That’s when the blazer had finally garnered its sex appeal. And as the pantsuit become more common in the ’80s, blazers were reimagined in various silhouettes, colours and prints.

Once the ’90s came around, many adventurous people who lead the way in fashion would abandon the matching bottoms and pair the jacket with something out of the blue or unexpected, making the blazer the “third piece” of separate-based looks.

Finally, in the late 2000’s the blazers saw change again. Colourful blazers were then adopted as a fashion trend by women and the blazer became a statement item to layer over an evening dress.

Start your search for blazers and more from multiple websites at once! Don’t forget to also look at pre-loved options, many gems hidden there!

Renoon has a new experience coming this winter! Sign up to the newsletter to have exclusive early access.

These 5 SCM softwares can ease the transition into a more tr ...

CSRD is here to stay: how will brands comply to the new tran ...

Did MUD Jeans and Saxion University develop ‘the world’s fir ...